Nashville has become a favorite destination for my husband Dan and me. Obviously I love country music. But there is much more than music to explore, do, browse, taste and enjoy in Music City. Nashville has earned a spot on many prestigious best-of lists for good reason. Lonely Planet, Travel + Leisure, Conde Nast Traveler, Forbes, Budget Travel, TripAdvisor, Thrillist and Inquisitr have all recently sung its praises. Each time I visit Nashville I find myself building a list of what I want to do the next time.

We spent last weekend there with two of my cousins and their spouses. We rented a condo through Airbnb, a first for all three couples. We spent just under $1,000 for a three bedroom, brand new condo in East Nashville for two nights. Compared to the $450-500 rates we found for hotel rooms, it seemed like a bargain. The unit was fresh and clean, and it had a nice kitchen-dining-living combo and 2nd floor outdoor living space. We were very comfortable. If you want to know more, write me an email here. 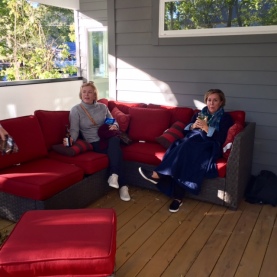 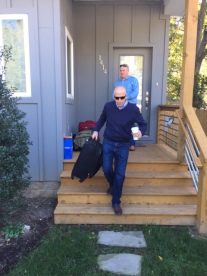 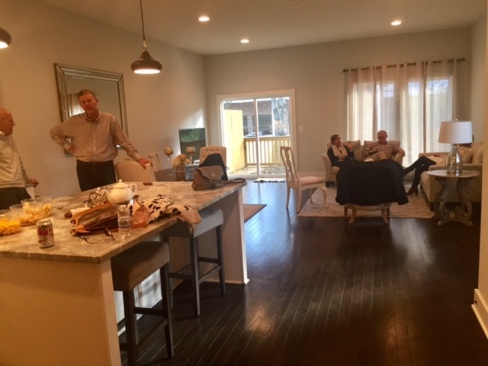 We all enjoyed the East Nashville area; it is close to downtown and the trendy neighborhood has shops, restaurants, parks and it is brimming with refurbished Craftsman homes and adorable cottages. There are also many modern duplexes and condo complexes tucked here and there. Nearby our condo, we even found the home used as character Deacon Claybourne’s house on the TV show Nashville to re-premier on CMT January 5.

We packed in a lot in just two days, starting with a live broadcast of Sirius Radio’s Highway Music Row Happy Hour on Friday evening at Margaritaville on lower Broadway. We also made quick visits to Tootsie’s Orchid Lounge, a few other honky tonks and Ernest Tubb Records.  My cousin Jeff got a hat and autograph from Jim Cantore of The Weather Channel at the Sirius event. 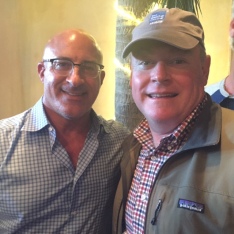 On Saturday we started out in Franklin for breakfast and shopping, then caught a trolley for a trip around the city.  A visit to the Goo Goo Shop was a good pick-me-up.  That night we took in a performance at the Grand Ole Opry and had a late night burger at Dino’s Bar. On Sunday we toured Ryman Auditorium and went to the Country Music Hall of Fame. We had some excellent meals; my favorite was at Etch downtown.

There were a couple repeats from earlier visits for Dan and me, and we also took in some cool new things, including a peek at the Schermerhorn Symphony Center for its annual Free Day of Music and a viewing of the Soul of Nashville, Ryman Auditorium’s excellent tour movie featuring Sheryl Crow, Darius Rucker, Vince Gill, and others. 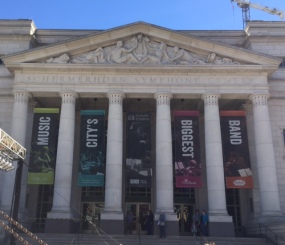 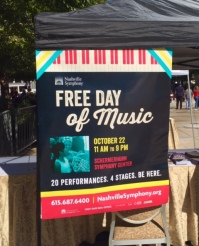 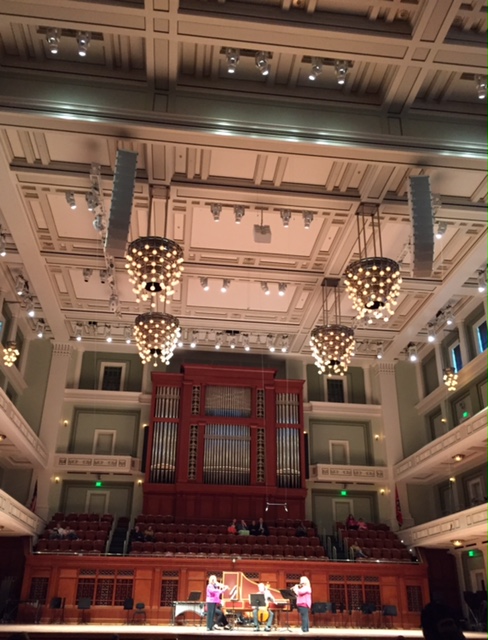 When in Nashville, there are always memorable music moments and this weekend delivered. One was seeing bluesy-Americana-folk duo Just Whiskey play their original songs, including Don’t It Feel Good, and also a few covers at Belcourt Taps. The place is a great little bar in Hillsboro Village that I learned about from Jake Anderson who I follow on Twitter and who has a new EP called Comeback Kid – Check it out! Jake has promised to point me to more off-the-radar music spots so stay tuned.

Another special musical moment was seeing fiddle virtuoso Mark O’Connor and the O’Connor Band play at the Grand Ole Opry on Saturday night. The band features O’Connor’s wife Maggie, son Forrest and Forrest’s fiancee Kate Lee, who is a great vocalist. They have a new album called Coming Home available on Amazon at http://smarturl.it/OConnorAmz or iTunes: http://smarturl.it/OConnoriT   See a sample video below.

Other Opry highlights included watching the Turnpike Troubadours make their debut at the Opry and hearing Clare Bowen (Scarlett in the TV show Nashville) sing with her brother Timothy who’s been fighting cancer and who is now enjoying a clean bill of health, according to Clare.

The video is linked from the O Connor Band official channel on YouTube. I claim no rights to the content. The song “Always Do” is from the O’Connor Band’s

So what’s on the list for the next time I visit Nashville?

Pinewood Social. This is a venue, restaurant, bar and coffee shop open morning, noon and night. Sounds sorta typical, right? But it also has a bowling alley and bocce ball courts, plus an Airstream bar and two outdoor swimming  pools out back. We planned to go to this hard-to-describe gathering place on Sunday but we ran out of time.  Learn more: http://pinewoodsocial.com/

Musicians Hall of Fame. I’m interested in seeing a museum that honors talented musicians that played on some of the greatest recordings of all time. Some of the musicians honored there are famous but others are only known giants inside the music industry. On display are actual instruments used for the biggest hits. Tonight Garth Brooks, Ricky Skaggs (who was also at the Opry on Saturday night) and more were inducted.  Read more https://www.musicianshalloffame.com/

Cheekwood. Located about 8.5 miles southwest of Nashville near Percy Warner Park and Golf Course, Cheekwood is a 55 acre estate converted to a botanical center and museum of art. It attracts 250,000 guests annually. What we missed this season was a Pumpkin House, beer garden, and extravagant mum and scarecrow exhibits. But Cheekwood changes up the displays with the seasons so we’ll be in for a treat whenever we visit.  Learn more https://cheekwood.org/

A few random shots from our weekend: 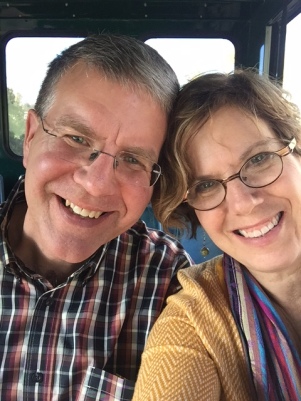 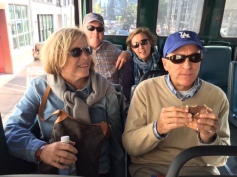 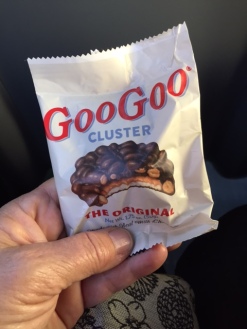 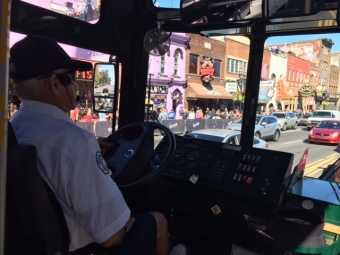 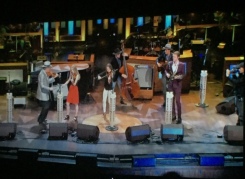 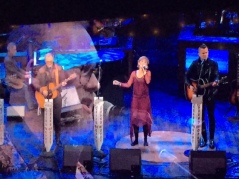 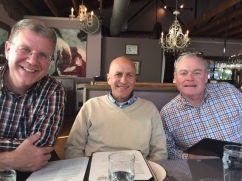 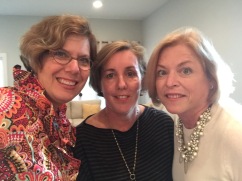 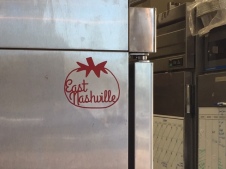 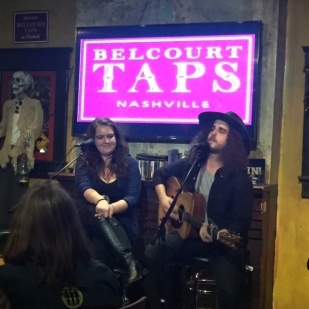 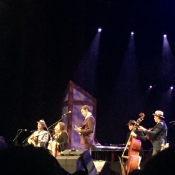 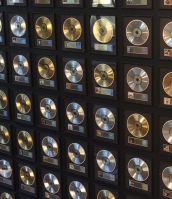 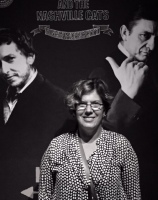 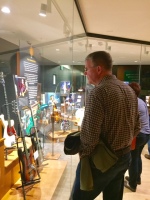 5 Responses to “The Next Time I’m in Nashville…”