Not long ago I discovered the Iowa-based Americana alt country singer-songwriter Sean Costanza at Davenport’s awesome music joint The Triple Crown Whiskey Bar & Raccoon Motel.  My pal Tina and I got to the venue a few minutes into Costanza’s set as he opened for another Iowa-based singer-songwriter, Angela Meyer.

Costanza’s distinct look — elbow length, jet black hair and fringed jacket — and unforced, smooth singing voice caught our attention. “This guy is good, ” I whispered to Tina who nodded in agreement as we drank in his warm, easy vocal tone backed by excellent pedal steel, a funky upright electric bass, and Costanza’s own handiwork on acoustic guitar.

But it was his strong narrative songwriting style that held my interest a few days later when I popped his latest CD Silver City Drive (CD Baby, iTunes, Spotify and Pandora) into my car stereo.  The 10-song album released last year features well-sketched, first person accounts about Costanza’s formative years in New Mexico, as well as perspectives from his troubadour road life, and home base near Burlington, IA, where he’s lived for about 15 years. He moved to the Midwest for a relationship that didn’t pan out but stayed to finish up college and pursue music. Eventually he met his wife, Abigail, an Iowa native.

Iowa-based singer-songwriter Sean Costanza grew up in New Mexico but is now based near Burlington, IA, along banks of Mississippi River.

His Southwestern roots figure deeply into Costanza’s music and persona. My favorite tune from the album is the title song recalling childhood memories of his family’s frequent four-hour journey between Albuquerque, where he grew up, and tourist town Silver City in southwestern New Mexico.

“We’d be going 75 and I’d be hanging out the window, just loving it,” filled in Costanza, who kindly swapped his lunch break from his day job as a carpenter for a telephone chat about his slow and steady musical journey as an independent songwriter and performer.

A painting by his grandfather inspired lyrics in Silver City Drive (see full lyrics below) about a rock formation in the Gila National Forest that, “if you look at just right looks like a nun kneeling at an altar,” Costanza explains.  The Kneeling Nun art piece and location near Fort Bayard, where his grandparents are buried, are both treasures in Costanza’s family history.  The Silver City song brings to mind my own family and my many trips to the Land of Enchantment over the years when my cousin Kris lived there.

Songwriting in a narrative, first person style comes naturally for Costanza. “If I’m just playing guitar and I come across a chord progression or a melody and I’m mumbling through it, (the lyrics) always tend to filter down to that descriptiveness,” he explains.

Locations and literal references also show on another song Rambling in My Bones — another favorite from the album. But although many of Costanza’s lines mention specific places he also tries to, “leave enough to the imagination where people can fill in the blanks a little.”

That’s evident on introspective tunes like Think About it and Living Like a Ghost. Costanza told me the latter addresses his own tendency to isolate himself and avoid social connections when he’s feeling anxious or burned out by the pursuit of getting his music out.

“I go through phases where sometimes I don’t want to be social,” admits Costanza. “I have to take a step back and take care of myself and my energy to be able to go out into the world and connect with others.”

Restoration comes from time spent in nature, he says, and one swipe through Costanza’s Instagram account finds images of him walking in a pasture, playing his guitar near a lake, resting by a tree, and lots of shots of the sky, dogs, horses, western landscapes, prairie grass, and even wildflowers.

The Silver City album also includes a few sweet romantic odes to Abigail (Still Love Me, Beautiful Love Song) who is a talented performer in her own right as a professional trick rider.  (I see a future post idea.)

Costanza says he’s occasionally bashed himself for not writing rowdier material. “Sometimes I think, ‘I need some faster songs,'” said Costanza. But fist-pumpers designed to rev up a bar crowd are just, “not what I do,” he explains.

Costanza used Kickstart and his own savings to finance his first three albums. A fourth is on the way.  We talked about whether he feels a pull to be in Nashville or another music city like Austin.  “I feel like (music) is kind of like AA ball. I always had that idea I just needed to improve myself. My playing and writing had to get better before moving to one of the bigger music cities.”

It wouldn’t surprise me if that’s on the horizon for the talented Sean Costanza. But for now, Iowans can enjoy several upcoming shows:

Be sure check out Sean Costanza’s Bandsintown page for an updated schedule. 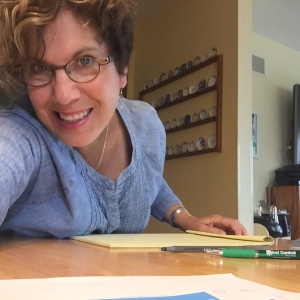